As I’ve written here before, living in Australia compared to the US is a blessing for travel.  My job offers me six weeks of vacation per year and I’ve tried my hardest to make the best use of that time – balancing trips back to the US with trips around Australia.  I’ve managed to sneak away on a trip that wasn’t domestic or involving North America only once so far – when I went to China in 2011.  But this past October I got to make up for that with a 34,000+ kilometre journey across five extremely different nations.  I spent 29 days abroad and have now been back for a month and I feel that I have finally spent enough time processing my experience and reflecting on the journey that I can write truly insightful blogs about it.

Just kidding!  I’m not that deep.  But seriously, if I had you going for a minute then you’ve obviously never met me.  I’ve just been busy.  Really busy.  Going away for a whole month really sets you back at work.  Plus, everybody and their mothers has been itching to catch up and get all the down and dirty details of my travels.  On top of all of that, I took over 3,000 pictures and still haven’t gone through all of them.  It’s so tough being me sometimes.  Le sigh.

By plane, ferry, train, and automobile, my journey took me to rich countries, poor countries, and countries in between.  To Europe, to Asia, and Eurasia.  There was lodging with fancy toilets full of buttons to make water shoot at your bum at different angles, and there were holes in the ground (I preferred the former, just in case you were wondering).

My first destination was Estonia – a former Soviet republic that finally found the strength to break away from its Russian occupiers just over two decades ago.  Estonia has been slowly struggling to transform itself from a poor Eastern European country to one that is more aligned with Western Europe, and the results are truly astounding.  Estonia was not what I was expecting.

Then there was a country that was exactly what I was expecting:  Finland.  Despite is eastern location bordering Russia, Finland is a rich Western European nation in every way.  Modern and progressive, clean and efficient, Finland aligns well with the other Nordic countries and the rest of Western Europe, but it has an ever-so-slight eastern twist to it – maybe from a history of Russian rule which finally ended around World War I.  I’ve always had a fascination with the Nordic countries so my expectations were high, and Finland came to the table and put a smile on my face the entire time I was there.  It was pretty much flawless.

Then off to Russia.  Tickets for this journey were booked and paid for months before Russia’s infamous anti-gay laws were passed mid-year.  With all the negative press of late, I was hesitant about going, but I wasn’t willing to lose the money.  Russia wowed me – sometimes in a good way, and sometimes in not such a good way – but it wowed me and that’s the important thing.  Despite the influx of western influences since the fall of communism, Russia was a truly Eastern European country.  Signs of capitalism were all around – and usually right in your face – but those signs were just frosting.  While the ingredients are all there, the cake itself is a relic from the past and probably needs a lot more baking to transform it into something modern and delicious.

From the global cities of European Russia, I traveled on the Trans-Siberian Railroad for four days to reach Irkutsk – one of Siberia’s principal cities but by no means a big one – and the small town of Listvyanka on the shore of Lake Baikal.  Quiet and serene, Lake Baikal was a complete 180 degree turn from St Petersburg and Moscow, and a refreshing one at that.

After Russia, I traveled southward to Mongolia.  Once isolated and poor, Mongolia has very recently come into a bit of wealth thanks to a resources boom.  Dirty and dusty with drab architecture and abandoned buildings, the capital city retains much evidence of Mongolia’s past, but is dotted more and more with signs of its future:  upscale hotels, fancy retail stores like Louis Vuitton, and an increasing number of western restaurants across the city.

Outside of the principal city, I spent some time in a quiet national park away from the dust and dirt and the dichotomy of Ulaanbaatar.  With no western food available, my little tour group ate like locals.  Mutton galore and sheep brain soup later, our faces were a little downtrodden, but a hike up to a tiny Buddhist monastery on a mountainside made it all worthwhile.

My final stop was South Korea.  Both Koreas, technically.   I was completely unprepared for Seoul.   Two years ago I was shocked to find that Hong Kong was so western for an Asian city, but Seoul wasn’t.  It was so western for any city.  Switch all the writing to English characters and you’d hardly know you were in Asia (well, except maybe for all the Asian people, but you get the point).  Modern, clean, efficient, and orderly, Korea was everything that Mongolia wasn’t despite being only a three hour flight away.  At the DMZ, the sight of North Korean soldiers checking me out with binoculars was unnerving, but I can proudly proclaim that I stepped foot into the forbidden, renegade North Korea for a good fifteen seconds or so.

And then it was back to reality – to work and socializing and post-trip depression.  I’ve since done some shopping and booked another trip to look forward to, so I’m back to normal and it’s high time I finally churn about some blogs about my adventure.  Culture, sights, and food of the five countries will follow in individual entries.  Until then, I’m going to get back to sorting through my massive amount of pictures.  I really need an assistant.

Posted by phillipdavid at 9:51 PM No comments:

phillipdavid
Sydney, Australia
An American-turned-Aussie eating Mexican food as I travel the world!

Is anyone reading this? 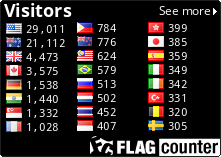